Find where to run in London, United Kingdom - runtrack.run

Scroll up to edit or save
> United Kingdom > London > UK >

Best places for workouts in London

Track runners might like Sir Mo Farah athletics track and Millennium Arena and those looking for a hill workout can go to Hampstead Heath, Richmond Park or Greenwich Park.

If you want to test your fitness against local runners, there are lots of parkruns in this area, Bushy parkrun, Burgess parkrun, Southwark parkrun, Brockwell parkrun and Clapham Common parkrun are some of them.

Read more about working out in United Kingdom.

Running in a new city in the winter time can be tricky. Bad weather and darkness make it hard to find good places to run.

Your favourite running surface in London

For those who like to run on soft surfaces, these are recommended: Hampstead Heath, Richmond Park, the course of Bushy parkrun, Regents Park Track and Victoria Park Track.

Those looking for a flat course with firm surface can go to Bushy Park, St Jamess Park, Burgess Park, Battersea Park, The Regents park or the course of Highbury Fields parkrun. 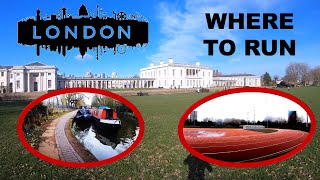 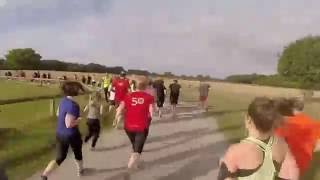 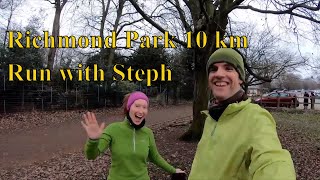 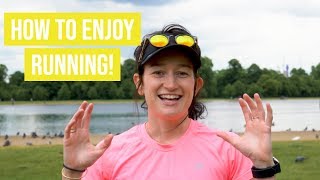 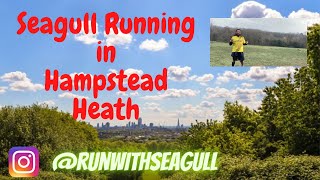 ...Largest egg and spoon race on stilts: 55 people competed in this event in July 2006 in London , United Kingdom....
Great movies about running in RTR-blog.

...Returning in London in 2012, he won golds in the same two events, as well as in the 4x100m relay event....
...Simon Pegg stars in this movie about a man who runs the London marathon in an attempt to get his fiancé back....
...In an attempt to get her back, he signs up for the London Marathon, which Whit is already planning on running....
Damian Nevins - runner and coach from London in RTR-blog.

...A longtime member of the Harrow Athletic Club in the outskirts of London , Damian has gone from being a club member to being a manager, and just about every role in between....
...London has one of the largest networks of running clubs in the world, with a dense population and limited open spaces for running....
All major world records in women's running in RTR-blog.

...Similarly, David Rudisha went straight to the front in the 2012 Olympics in London , dragging the entire field to spectacular times....


Filter group runs by cost and more on our search page

The track at London Stadium is missing some info


Sign in to edit London Edit London
All content on RUN:TRACK:RUN is added by our visitors. Help the community by adding missing info, writing helpful comments, leaving visit reports or editing if you find something wrong. No account needed.
Report an error
Select the problem
Tell us what's wrong. Or edit the info yourself.
Tell us what's wrong.
Share
Cookie settings | Feedback | Terms

View on map
Expand right content
In this area Explore other areas all over the world
Areas London | Eastbourne | Three Rivers | Epsom and Ewell | Elmbridge | Spelthorne | Epping Forest | Hertsmere | Joydens Wood | Wilmington | Eynsford | Watford Heath | White Oak Show all areas
Tracks
Running routes
Group runs
Races
Running spots
Comments in this area
Mike - 02/09 -22 (10:05)Sep 02 -22 (10:05 AM) on Nunnery Wood Sports Complex Track
New to the area. Why is the running track not open to the public?
Visit report on Torre Valley North Sports Field
Open during daylight. Some building work on the sports building but doesn’t effect use.
Neelam - 12/05 -22 (20:32)May 12 -22 (8:32 PM) on Preston
The running track outside routine chart time table sheet easy exiecice walking for Neelam and car..
Visit report on Silksworth Sports Complex Track
WHen I arrived, there was one man and a teenage boy warming up. He told me that the track was only..
Visit report on Ashfield Comprehensive School Track
its a school and it hurt my legs
More on RUN:TRACK:RUN Search Track calculator Add something Adjust GPS data
We use cookies for your best experience. Read more in our Privacy Policy
accept update
settings hide settings
close