Find where to run in Chicago, Illinois - runtrack.run

The Lakefront Trail is the second home for every runner in Chicago. Since it goes the entire distance of the city’s eighteen miles of lakefront, you can run through several different neighborhoods and see a lot of the major sites in the city.

Best places for workouts in Chicago

If you need an open track in Chicago; Michelle Obama Athletic Complex and Lake Shore Running Track are marked as open to the public.

Read more about working out in United States.

Winters in Chicago can get cold and snowy. December through March might see snow and the temperature is often below -15°C10°F .

Michelle Obama Athletic Complex, Lake Shore Running Track, Montrose Fields and The 606The 606 also has lighting and Kilbourn Running Track, Riis Running Track and Winnemac Stadium is usually usable all through the winter.

Your favourite running surface in Chicago

Those looking for a flat course with firm surface can go to Lakefront TrailLakefront Trail, The 606The 606, Lincoln Park or Riis Running Track.

Could you share some tips about running in Chicago? 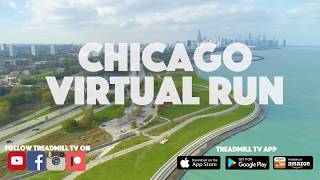 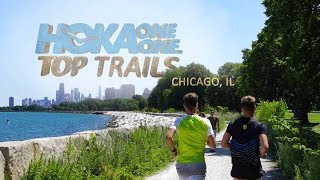 Anti-Doping in Running in RTR-blog.

...He is a distance runner who is one of the few Americans to have won a marathon major ( Chicago , 2017)....
Measuring Road Races in RTR-blog.

...While events may offer different distances, such as the 8km Shamrock Shuffle in Chicago , to be considered an official event within the World Athletics umbrella of governance, the event has to be one of these specified distances....
The history of distance running in RTR-blog.

...Berlin was in 1974, and Chicago started in 1977....
...Over the course of the decade, she won London three times, New York three times, and Chicago once....
All major world records in women's running in RTR-blog.

...Chicago Marathon – Chicago , IL , United States The Chicago Marathon is a World Marathon Major that is accessible and epic....
...The best aspect of the Chicago marathon is the crowd....
...If you’re looking to run your first marathon, Chicago is a great choice....

Show 65 tracks, 2 routes and 2 running spots on the map

The track at Fenger Academy High School is missing some info

Comments on places around Chicago


Sign in to edit Chicago Edit Chicago
All content on RUN:TRACK:RUN is added by our visitors. Help the community by adding missing info, writing helpful comments, leaving visit reports or editing if you find something wrong. No account needed.
Report an error
Select the problem
Tell us what's wrong. Or edit the info yourself.
Tell us what's wrong.
Share
Cookie settings | Feedback | Terms