Find where to run in Nebraska, United States - runtrack.run

Scroll up to edit or save
> United States > Nebraska > US >

Area
Show on the map There are 153 areas in Nebraska. See them all below. Omaha, Lincoln, Grand Island, Bellevue and North Platte has the most runnable places.

Good to know about running in Nebraska

Most of Nebraska is located lower than 1000m3000ft above sea level but there are some areas that are at a higher altitude than that.
Kimball, Hemingford, Sidney, Gering and Alliance are some of the highest located cities/villages.

Best places for workouts in Nebraska

Read about working out in United States.

Nebraska gets too hot in the summers for it to be nice to run in the middle of the day. Temperatures of 35°C100°F are not uncommon.

August might be one of the most pleasant months for running in Nebraska. The temperature usually ranges from about 15°C59°F to 30°C87°F, the wind averages 3.5m/s7.8mph and the daily precipitation is 1 mm0 inches.

More detailed information about the weather in Nebraska can be found on the page for each city. 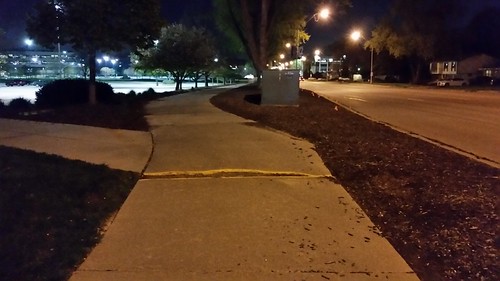 
Could you share some tips about running in Nebraska?

Local Phenomena in Running in RTR-blog.

Most Popular Places for Training at Altitude in RTR-blog.

Recommend Nebraska
What do you think about running here?

Comments on places around Nebraska