Athens Marathon 2004 – Thrown off by a Priest - runtrack.run

Athens Marathon 2004 – Thrown off by a Priest

At RUN:TRACK:RUN we believe in sharing the best parts of the running world. But we also want to share some of the strangest! This post is the first in a series of articles that will highlight strange and weird occurrences in the history of our sport.

The 2004 Athens Olympics was holding the standard final event of the games – the Olympic Marathon. The event was being led by Vanderlei de Lima, a runner from Brazil. It was close to the end; he was not that far away from crossing the finish line when his entire race got thwarted. 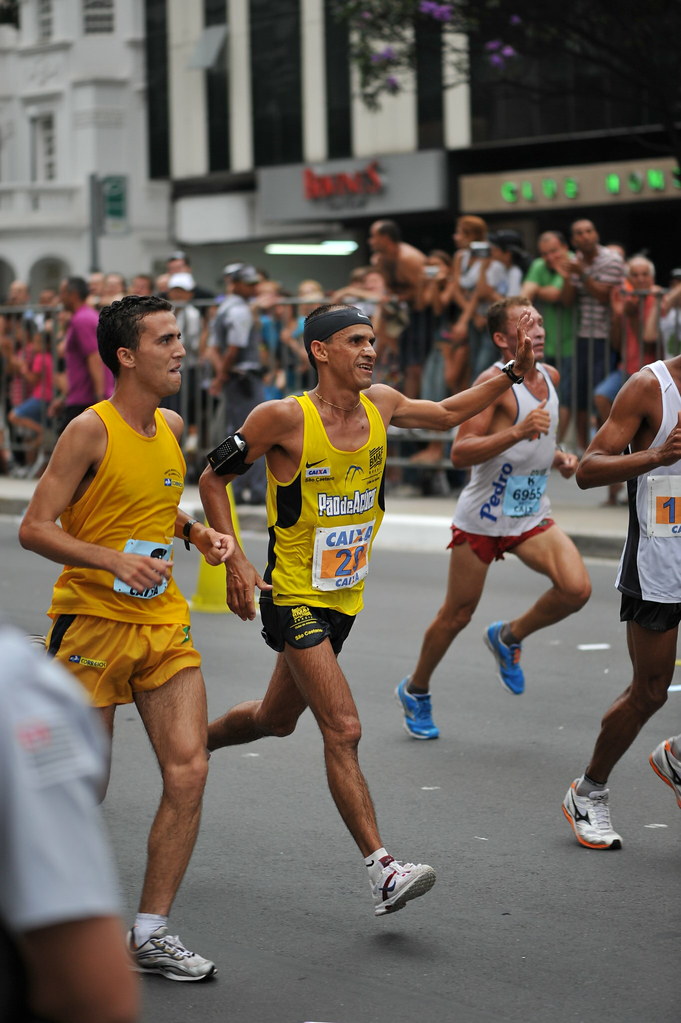 
Cornelius Horan, a former priest from Ireland, jumped into the path of de Lima and pushed him off course. De Lima had been leading the race, and this distraction caused him to lose his lead.

The incident happened close to the 35km mark, which meant de Lima only had 7km left to go. He may have been able to maintain his lead, but we’ll never know what would have happened if he hadn’t been pushed. Horan pushed de Lima into a crowd of spectators, and reports of the event say that it took de Lima some time to get Horan off of him, free himself from the crowd, and return to the course.

A few kilometers later de Lima was passed by two runners: Italian Stefano Baldini and American Mebrahtom Keflezighi. De Lima holds that it was the attack that caused him to lose his lead in the race. He still had a small lead when he made his way back onto the course, but the shock and distraction of what happened caused him to lose focus. He later stated (in Portuguese, translated by the NBC Olympics coverage) “I think that the psychological shock was the greatest impact that I suffered. To be attacked like that, it was painful. I was totally defenseless and exhausted. From that moment, it was a matter of overcoming the odds. I was even shaking my head like that guy messed everything up for me. But quitting the race didn’t once cross my mind.”

The event gave cause for concern over the Athens Olympics security preparations. There had been concerns over a terrorist attack at the games, and there had also been significant preparations made to ensure the safety of all athletes. Marathons, however, run courses throughout the streets of a city. It is impossible to completely cordon them off from spectators. Luckily, this was the last event of the Athens games, and there were no other security incidents.

While de Lima did not win the gold medal that day, he did hold on to third place and left with the bronze. He was also given the Pierre de Coubertin medal by the International Olympic Committee. That medal is awarded to athletes in unique contexts that “contribute to the promotion of Olympism”. It is often awarded in situations in which an athlete shows exceptional sportsmanship in grave circumstances.

As for Horan, he was arrested on the spot. He was eventually made to pay a fine, but the court did not give him a full sentence due to claims about his mental state. He had a history of trying to disrupt other events while trying to share a religious message. In 2003, he ran across the track of the British Grand Prix with a sign that said, “read the bible, the bible is always right”. There were other attempts to bring attention to his messages through these protests at other events, but local authorities were able to stop him. As a result of these issues, the Catholic church removed Horan from the priesthood in 2005.