This is the fist part in a series of interviews with runners from all over the world.

Damian Nevins is an athlete, a coach, and a running mentor. Originally hailing from the UK, he has been running since his early teenage years, making the sport a central part of his life. A longtime member of the Harrow Athletic Club in the outskirts of London, Damian has gone from being a club member to being a manager, and just about every role in between. He has had a successful running career, competing in distances from the 400M to the Half Marathon.
He recently relocated to Sweden where he has started up with the Högby IF club based on Öland. RUN:TRACK:RUN sat down with Damian to get his perspective on the running scene comparison between Sweden and the UK, as well as his activity as a running coach during the COVID-19 pandemic. 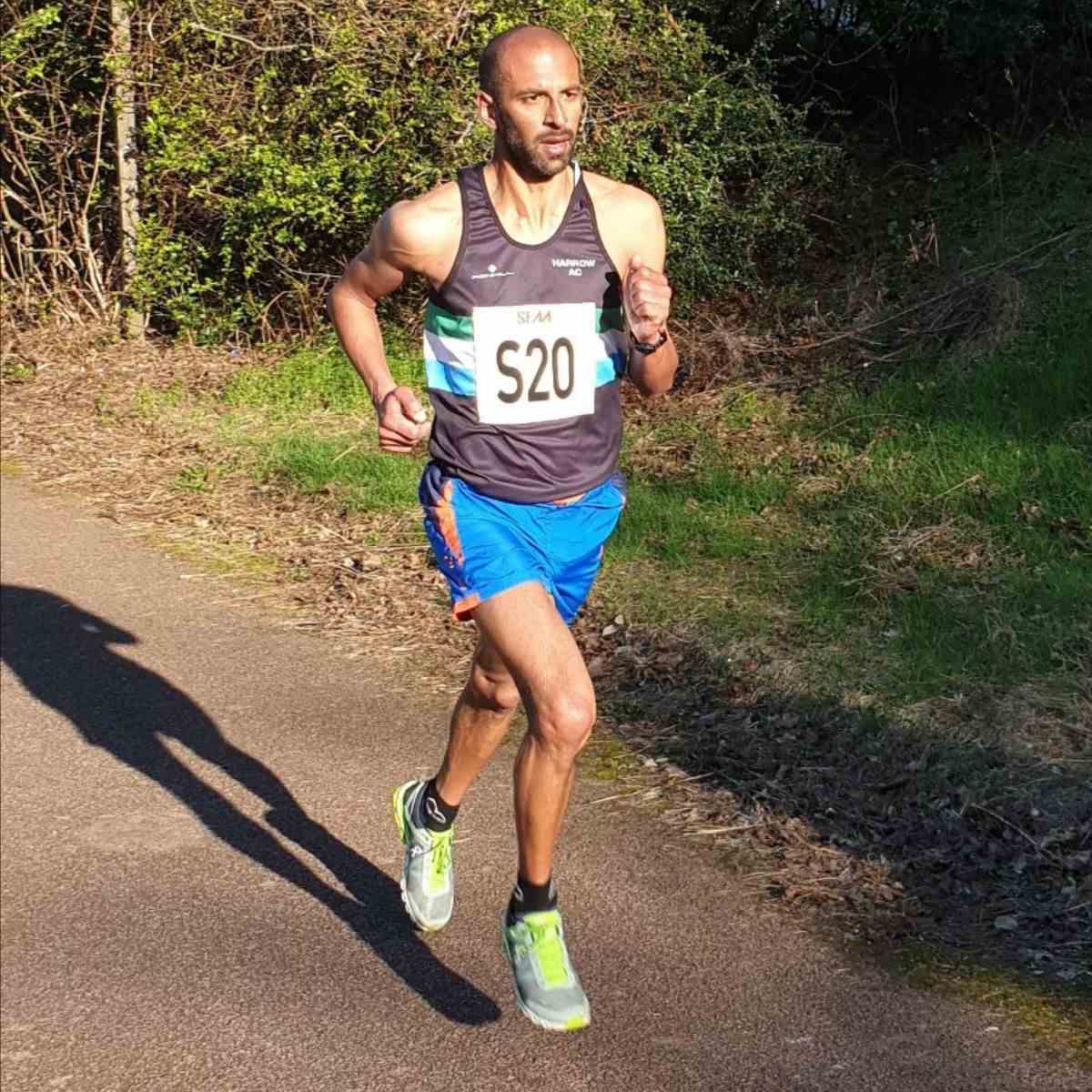 
RTR: Tell us about your history with running in the UK, and the Harrow AC?
DN: I’ve been running since I was 13 years old. Prior to moving to Sweden, I had been at the same club that whole time, starting as an athlete and then moving into being a coach and a manager. I’ve had roles on their various committees and everything else. The club has given me a good understanding of athletics in the UK.

RTR: How was the adjustment to the running club scene in Sweden?
DN: I had to do a lot of research to break into a club. Language is an obvious barrier, along with the size of the running community. London has one of the largest networks of running clubs in the world, with a dense population and limited open spaces for running. Having so many people so close can consolidate those looking for a running experience, whereas in Sweden you may have to travel a far distance to get to the closest group. That’s not to say the distance is a bad thing. The expansive scenery is beautiful and makes for great runs.

RTR: Are you in a club now?
DN: I’ve gotten involved in Högby IF. I’ve done a few races around the area as well. I moved to the area right at the start of the pandemic, which made it more of a challenge to find a club.

RTR: What have you had to get used to in Sweden?
DN: The depth of club membership and the consistency of the sport is much broader in the UK. Parkruns, for example, have become extremely popular across the UK and have standardized to the same experience no matter where you are in the country.

RTR: How would you go about racing on the track when visiting the UK?
DN: There are many races in the UK and many different websites/organisers but the main two are https://www.thepowerof10.info and https://www.runbritainrankings.com.

Power of 10 has most of the track races but not all. If you can find your local athletics club then it would be best to either go to a training night and ask one of the coaches or email local clubs. There are usually a few people at each club who will have in-depth knowledge of the racing calendar. Athletic clubs are very welcoming and if you find the right person, they will have a lot of knowledge of upcoming track races.
There are many 'open' track events which anyone of any standard can enter. However the British Miler's Club (BMC) has a minimum entry standard for some races but not all which means inexperienced or developing athletes can still enter.
https://www.britishmilersclub.com/

RTR: As a coach, do you offer online coaching or are your clients in-person?
DN: I offer coaching both online and in person. I started online coaching just before the pandemic hit, so was able to extend that. It has helped to keep my runners motivated with surprisingly good results.

RTR: How do you feel about the trend toward virtual races?
DN: With running being about other people, even though it’s an individual sport, virtual races are a good solution for now, but I’ll be looking forward to getting back to normal. Virtual races kept people active and gave them a reason to continue running so from that perspective they’ve done a decent job. Not the same though.

RTR: How do you see things moving forward?
DN: I’m still quite connected to the UK running scene. I am still managing the team and working with the Harrow AC from here. I’ve seen the parkrun go through a big boom in the UK, and it is starting to take hold here as well. Those have been a great way to bring like-minded people together and form the running community. I’d like to see more of that in Sweden. The formation of community is important to athletes that excel at a young age but don’t go professional. Like in the US, where they have such a strong collegiate system, but once the athletes graduate they either go pro or they just give up. There’s no sub-elite level and that’s a real shame. Formulating a community can foster that group, along with making running accessible to many others.

RTR: What advice do you have for novice runners?
DN: It can be quite daunting to get into competitions if you haven’t done any before, especially if you do smaller and more competitive races. There are a lot of very talented runners out there that will go for runs by themselves and not compete much or get involved in the community. My advice to them is to go and put yourself out there. Join a running group. Find a good coach. You can make so many mistakes as a novice if you don’t have anyone providing guidance. A lot of those mistakes can be prevented with the right advice and coaching.

RTR: Do you have an all time favorite race or favorite place to run in general?
DN: My favourite race was the night of the 10000m organised by Highgate Harriers at the iconic 'home of cross country' Parliament hill track. This has been a great initiative drawing great attention through spectators and TV coverage to a middle/ long distance event. I have thoroughly enjoyed running in the Cardiff half-marathon and the Cardiff 10k. Cardiff organise some excellent events and the Welsh are warm and welcoming.

RTR: Any final words of wisdom?
DN: There’s a lot of very expensive shoes out there, or other gear you can spend money on that you think will help you improve your running. But you can be using that money in another way, that has better results. Working with a professional coach, joining a running club, or traveling a bit more to get to better races and events, are all ways to experience running in a way that brings the best results.