Runners can have a lot of downtime in between runs, or during recovery. A great way to keep yourself energized about your sport is to read about it! There are hundreds of books written on the subject. Many are technical, most are inspirational, and some are just plain entertaining and hilarious. In this post, we’ll look at some of our favorite books about running, to help you find a recommendation that is right for you.

Whether you’re getting ready for your first marathon or training for your tenth, Hal Higdon is widely known as one of the best resources out there when it comes to creating your training plan. His long career as a marathoner and running coach has given him a huge amount of knowledge, which has all been put in one place in this book. Several editions have been published, with updates coming out every couple of years.

In addition to the book, which is a must-read for every marathoner, his website halhigdon.com also offers a variety of free information, including downloadable training plans. Most marathoners like printing out a 14- or 18-week training plan and counting off the days until they line up at the start line, so these resources are a great complement to the book.

The book will give you details on the training itself (Hal is a proponent of long runs on weekends, long/short/long sequences during the week, and cross training at least once a week). There is also a great deal of information about how to mentally prepare for the race, as well as tips for gear, nutrition, and race day jitters.

As a further recommendation, Hal took his love of running marathons and turned them into a novel, also called Marathon, published in 2009. It is a fast-paced story of several characters running a marathon, with several hilarious obstacles thrown in their way. Well worth it to check out!

Fitzgerald’s training technique changed the way a lot of coaches thought about running. The summary of his point of view is this: you’ll get better results in your training if you run at a slower, more comfortable pace for 80% of your runs, and then go all out for the other 20%.

The book goes into a lot of detail to support this hypothesis, with several examples about how proper recovery and stress management can help runners in the long term. Too many runners try to go all out on every single run, and they usually end up frustrated or injured. If you’re looking for a book that gets into the science of exercise while clearly relating it to the challenges many of us deal with in our training, this is the pick for you. The method of 80/20 running has several proponents, and with the detail given in the book, we think it is something that most runners should definitely consider.

Running with Sherman: How a Rescue Donkey Inspired a Rag-Tag Gang of Runners to Enter the Craziest Race in America

Christopher McDougall made a huge splash in the running world with his 2011 book called Born to Run. We’ve chosen not to include that one in our post here because he recently wrote a new work, with a title that says it all!

His new book tells a zany story about partnering with a donkey to run a burro race – a race in which humans and donkeys run together through tough terrain. The race takes place in Colorado and is a local tradition there.

This is not a book to learn about running form, exercise mechanics, or race day technique. But it is a book to learn how to reach deep inside to find out how important running really can be.

McDougall’s writing style has a knack for getting down to the bare bones of what he is trying to get across. This book is just as impactful as Born to Run, but without the call to a whole different industry of footwear as a result. 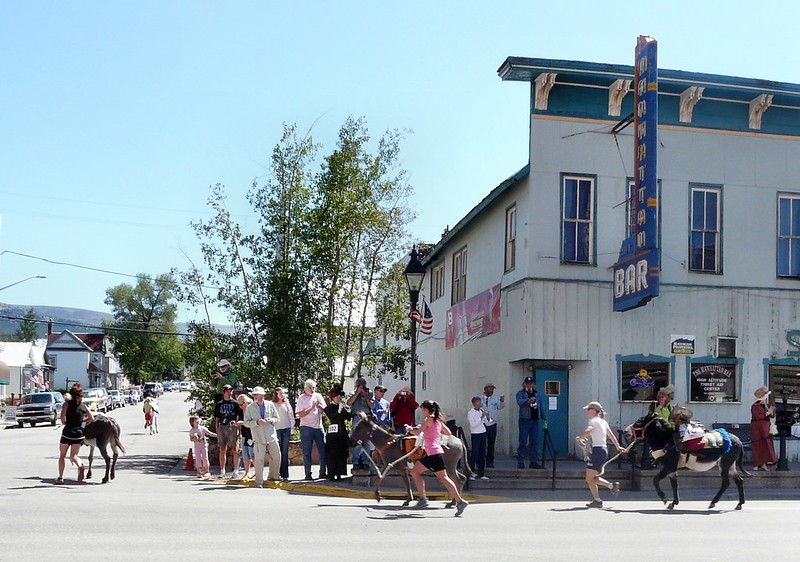 Murakami is a world-renowned writer of fiction. His novels have been sold all over the world, and he is best known for his deeply written prose and non-traditional storytelling. In this book, Murakami switched to non-fiction to share his memoirs from training for the New York City marathon.

The deeply personal memoir gives runners a world of insight into how mental struggles can be overcome, and also how the act of running can be used to nurture personal creativity. He makes a lot of connections between running and his career in writing. He also helps the reader understand how to approach something as huge as running a marathon, taking it through the training without obsessing on how large an event a marathon actually is.

For anyone struggling with motivation when they’re midway through a marathon training plan, this book touches on the compassion you need to have for yourself as you’re going through the extremely difficult process of training for a marathon. This helps get your brain and your heart ready for the race, while your training can take care of the rest.

The Running Revolution: How to Run Faster, Farther, and Injury Free for Life

This extremely science-driven manual argues that we all need to rethink how we’ve learned to run. The authors call for a deep reconciliation of our running mechanics, our assumptions, and the standards of shoes and gear that have become accepted as norms.

The author Nicholas Romanov is also the creator of the Pose method of running. This method focuses on three moments in the movement of running: Pose, Fall, and Pull. The method guides runners through the pose of running, which starts with your footstrike. Think of this as the classic stick figure of a runner moving forward. Then comes the fall step, in which the runner falls forward to propel themselves in the right direction. This step is where many runners need to practice and retrain themselves to start giving their stride the attention it needs to be able to improve. And finally, the pull step, where you pull your leg up and forward to complete the cycle.

This method is the core of the book, and the authors give you several descriptions and mental cues to follow to ensure you’re learning the new method appropriately. There are also plenty of drills provided with great illustrations to help you get started in re-learning how to run. The book is long and detailed, which means that the authors have taken the time to explain their theory, and then back it up with exercises and strategies to help runners apply what they’ve learned.

Most runners struggle to make any changes to their form. It is something they’ve been doing their entire lives and it’s not something that can just be adjusted without significant work and concentration. This book gives runners a great toolset to try to make those adjustments, which the authors believe will lead to better, faster, and healthier running.

Running Wild: A Quest for Healing Across 7 Continents

The author of this book was a participant in the Boston Marathon in 2013 and was also a witness to the tragic events that unfolded at that race that became a terrorist attack. After seeing such horrific things, he decided to take on the challenge of running a marathon on all seven continents and documenting the process to share with the rest of us.

He wasn’t physically injured in the attack but talks candidly about the mental health impacts that witnessing the senseless tragedy took on him.

In the book, O’Donnell shares his experiences at these marathons from running the North Face 50km in Australia, to running into penguins in Antarctica. He shares his personal journey of how he was able to use running to heal himself.

Running is my Therapy: Relieve Stress and Anxiety, Fight Depression, and Live Happier

Scott Douglas has used running as a tool to battle depression throughout his life. In this book, he talks a lot about his personal experiences with mental illness. He makes the connection between all of the positive physical benefits that running can have, and how those benefits can also impact our mental health.

Based in Maine, Douglas is a writer for Runner’s World magazine. He has spent his career writing about running, so this book brings a strong perspective about how there is much more to running than the physical activity. The connection between body and mind that takes place when running is something that we can all use to our advantage.

But there is more to this book than just a “run through it and you’ll feel better” message. Douglas goes into great detail about the science of mental illness, especially around the issues of anxiety and depression. This depth gives us new perspectives as to how the interdependencies between a healthy body and a healthy mind can all work together to keep us running as our best selves.

North: Finding My Way While Running the Appalachian Trail

Scott Jurek set the record for the fastest end-to-end completion of the Appalachian trail back in 2015. He took the northbound route, starting in Georgia and finishing in Maine, and accomplished it all in less than 47 days. This book is Jurek’s personal account of the process of running the entire trail.

The entire Appalachian Trail (called the AT) is 2,189 miles long, which means to plan for the record he hit, Jurek had to run approximately 50 miles every day. Not to mention that the AT is difficult just to hike, with steep inclines and obstacles galore. People spend an entire year hiking from one end to the other.

This book is something to read if you are looking for motivation. If you need that extra push to keep you moving forward, to keep yourself engaged, and to make yourself believe that you can achieve whatever goal you set your mind to, then this is the book for you.

His record has been beaten a few times since he set it in 2015. He has said that he will try again on the southbound route to beat the new record, which currently stands at 41 days. Let’s hope he writes another book about the effort when he does it! 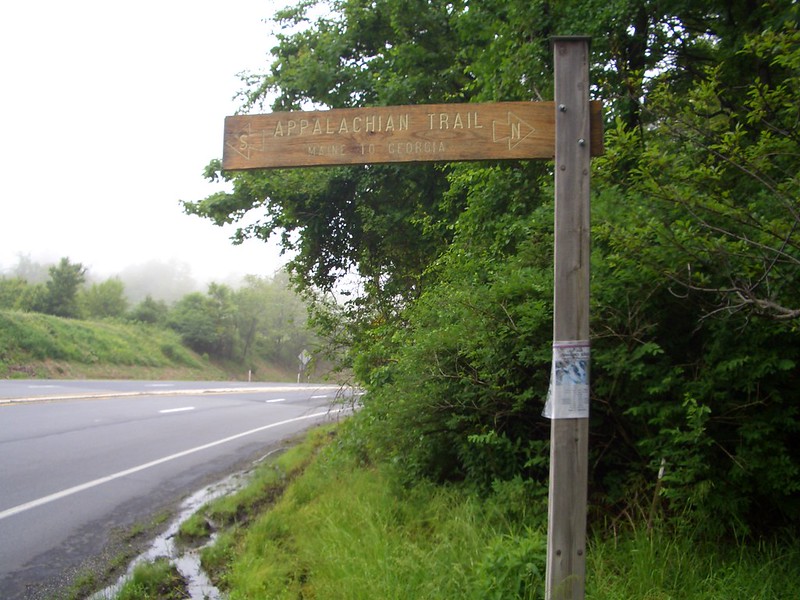 Out and Back: A Runner’s Story of Survival Against All Odds

Hillary Allen is a famous ultrarunner, who in 2017 was ranked amongst the best in the world. That year, while competing in the Tromsø Skyrace in Norway, she fell and slid down a cliff on the trail. The fall caused her to break several bones in her arms and legs, as well as a fracture in her back. This book is about her recovery from that horrible event, and all of the pain and setbacks she had to deal with to make it through. She focused her message on finding the inner power within yourself to overcome any odds that are placed in front of you.

She gives a lot of great detail about the frustrations that can happen during the recovery process. Recovery isn’t always going to go from bad to good in a straightforward fashion. There is a lot of back and forth that can be very frustrating. The message of the book is to keep moving forward, even if you feel yourself quietly moving backward for some of the time.

This is an especially important book to read for anyone who has been sidelined due to injury. While it may seem like the end of the world, especially if you have to pull out of a race you’ve been training for because of a small injury like an Achilles tendon issue, Allen’s message in this book will help you focus on the road in front of you.