Every race is special. Whether you’re going for a sub-three-hour marathon in a Boston qualifier or a sub-40-minute 5k in your neighborhood’s fun run, the feeling of crossing the finish line is always memorable.

But some races are just plain iconic. Sweeping trails overlooking natural wonders, crowd sizes in the millions, world-class elite fields, all of these things can boost a race into the iconic category. In this post, we’ll take a look at some of the most famous and mind-blowing courses that are out there.

This is the one that started it all – allegedly! More than 2,500 years ago legend has it that a man named Phiedippides ran from a Greek town called Marathon all the way to Athens to bring important news of a Greek military victory at the Battle of Marathon. Every marathon runner learns this story when they first decide to take up the event. Some get so inspired by the event that they head to Greece to retrace the route.

In running event history in the modern era, the marathon to Athens was first held in the 1896 Olympics and has existed in several different iterations since then. It is a difficult course with plenty of uphill sections.

The history and the reputation of being the birthplace of the modern-day marathon make this an iconic event that many marathoners have on their bucket list. 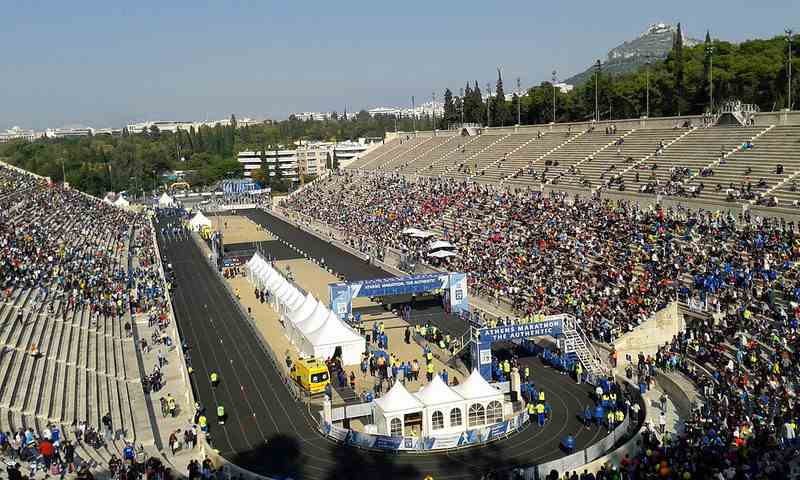 The Comrades Marathon is an ultramarathon of 90km (55 miles) that goes between the cities of Durban and Pietermaritzburg in South africa.

It is the oldest ultramarathon in the world, the first official run happened in 1921. Every year the course alternates direction. The “up” version starts in Durban and goes to Pietermaritzburg. The “down” version reverses the route. For this reason, the course records are distinct between up and down years due to the different levels of difficulty between the two.

The race is competitive. You have to qualify to get in by proving a sub-five-hour marathon recorded on a certified course. There are also several cutoff points that you have to reach on the course to be allowed to continue. The overall cutoff time for the course is 12 hours.

The Comrades race was originally founded by veterans of the First World War, to commemorate South Africans that lost their lives in the war. Soldiers experienced severe conditions during the war. The 90km ultramarathon was created to highlight what humans can accomplish when they put their minds to it.

Held in April every year, the Boston Marathon is every amateur runner’s dream. With painfully fast qualifying times, Boston is the only World Major marathon that runners have to compete extra hard to get into. The race is the oldest consistently annual marathon in the world, as it started in 1897.

Despite the brutal qualifying times, the Boston Marathon usually sees a field of more than 30,000 runners. Race day is known as Marathon Monday in Boston and is considered an unofficial holiday for many businesses.

The course is hard. There are several hills, making it a difficult race for everyone. The most famous of the hills has been nicknamed Heartbreak Hill because it happens after the twentieth mile of the race. That is a time that many runners find themselves hitting a wall of exhaustion, so encountering a steep hill at that time can certainly cause some heartbreak!

The Saint Sylvester Road Race is a 15km road event that takes place on New Year’s Eve every year, also known as Saint Sylvester’s Day. Up until the late 1980s, the race started at 11 pm in order to have the first winners cross the finish line just before the clock struck midnight. Because it became a competitive and famous event, the start time had to change. It is still a late race, starting in the late afternoon.

The route goes through the heart of São Paulo, and given that it is on New Year’s Eve, the crowds and camaraderie cannot be beaten. This is a competitive race and a prestigious event for the elite running community, but it is also hugely popular with those looking to have a fun start to the night!

Cinque Mulini is Italian for “Five Mills”. This cross-country race is based on traversing around a series of water mills alongside the Olana River, hence the name. It is considered one of the most prestigious cross-country meets in the world, and several world record holders have competed there.

The event features an 11.5km route for men and a 5.6km route for women. The five mills have decreased to two over the years, and the latest course only goes through one. But the quaint scenery and the fact that runners go through a building as part of the course make it unique.

Bay to Breakers is a 12k race held in San Francisco that features an amazing route from the downtown area of San Francisco to the Great Highway, which is a road on the western edge of the city. It is an area where the ocean crashes into the breakers forming a barrier for the city.

The race is famous for its party vibe. Many if not most of the participants wear costumes. You’ll see dozens of superheroes, Star Wars themed suits, and all kinds of other hilarious outfits. There is also a competitive centipede category, in which groups of 13 or more runners link themselves together with a rope or cord and run together.

While the elite field is always very competitive, the majority of runners are there to have fun. This race is a very important event to the running community in the bay area and gets its support because of the community that keeps it going.

Holmenkollstafetten is the biggest relay race in the world. Teams of fifteen people get together to run this event handing off a baton between every team member. The participation list has limited foreign availability, making it a race that focuses on the running community in Norway.

Relay races are great ways to make running into a team sport. Most runners get into the habit of using their runs as their time to get away from everyone and get some solitude. A relay team that has to train together and work together brings us back to a team approach.


A lesser-known race that fully deserves a place on any list of iconic races is the Guatemala Impact Marathon. This epic trail marathon course goes up an active volcano. Things do not get more iconic than that!

The course begins in Finca el Amate, an agriculture sustainability farm and camping area. You’ll run through a dry lava field leftover from the volcano’s last major eruption in 2010. Many compare this area of the course to running on the moon. From there, you’ll head through an area called Calderas where you’ll get amazing views of a lake with mountain ranges in the distance. The last stage involves over 1500 feet of vertical ascent to the summit of Volcán Pacaya. This active volcano is constantly erupting, sending flows of lava slowly down its sides. Never fear, the National Park rangers are always monitoring the volcano’s activity. If things are not safe, the race route has a Plan B that involves scaling a nearby mountain that leads to amazing views of the volcano from a safer distance.

Impact Marathons are epic not just for their courses but also for their mission. Every race put on by this organization partners with a local charity to raise money to bring awareness to the challenges faced in the area. They work hard to put the community at the forefront of the race.

The Chicago Marathon is a World Marathon Major that is accessible and epic. Unlike Boston or London that can be hard to get into, the Chicago marathon has a generally easy lottery system. Most people that register for the lottery get in.

The best aspect of the Chicago marathon is the crowd. The entire 26.2-mile course will be surrounded by deep rows of fans on both sides, all of them cheering you on and wishing you the best. A lot of people spend time coming up with the funniest and most entertaining signs that they hold up during the race. Some of the jokes are crude, some are political, but all of them are entertaining.

If you’re looking to run your first marathon, Chicago is a great choice. It’s a fun race with a great vibe, and a flat course. 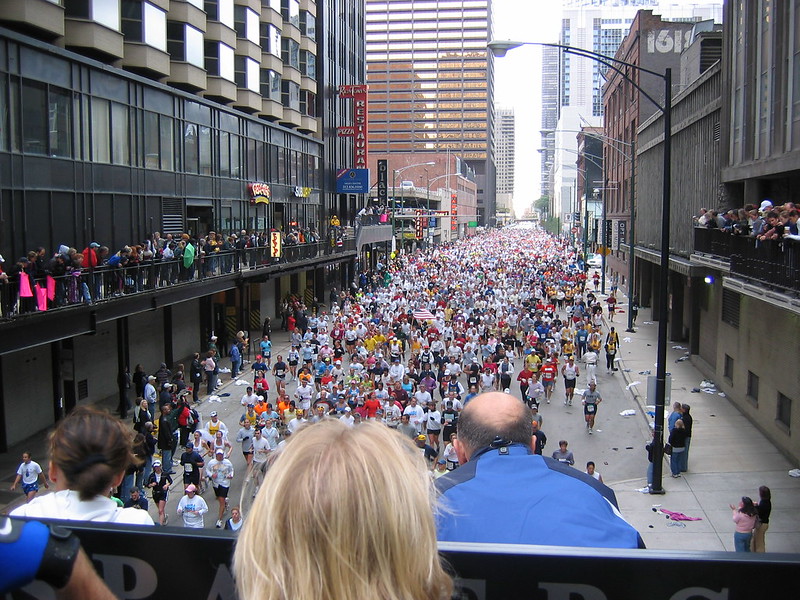