The best part of running a race might be the consistency of the experience. No matter where you are, picking up your bib, lining up in a corral, and breezing through the water stations will usually be familiar steps in the process. However, some local traditions across the world have given rise to popular running events that draw competitors from all over.

This post will look at some of those local twists that have become traditions in their communities, bringing runners from near and far together to experience their take on how to hold a race.

The Victorian Athletic League is an organization in Australia that puts on races throughout the country. The unique feature of these events is that there is substantial prize money available for the winners, and the winners are determined by a handicap scoring system similar to golf. This means there can be a lot more unknowns in the process of identifying a winner which makes betting on the event very interesting.

The Stawell Gift is one of the most popular of these events. It takes place over Easter weekend every year at the Stawell Athletic Club in Victoria. Runners participating in the event have to come up with a strategy to receive the most advantageous score from the handicap system. The winner of the event will be the person that exceeds the expectations of their handicap by outperforming their previous runs that gave them the handicap in the first place. A separate strategy may include underperforming in some events so that a bigger handicap advantage is assigned that can then be blown apart by an all-out performance.

These types of events include several different races. They are usually more like cross-country or track-and-field meets, where many different distances and competitor pools are spread out over a day or a weekend. Due to the prize money, the fun to be had from betting, and the advantages of the handicap system, there is always a lot of action at these events.

Weekly Park Runs started in the UK but have become popular worldwide. The orgininal Park Run, Bushy parkrun, is held in Bushy Park in London. The concept is simple – people gather in a local park on a Saturday morning and run a 5k. There is no registration fee and no pressure about placing or even finishing. Park Runs are meant to be inclusive events where runners, joggers, and walkers of all ability levels can get together and enjoy the fun of running.

The process is simple to join, you just have to sign up and print your bib. Once you’ve done that, all you have to do is show up. This takes a lot of the pressure and drama off of people running their first race, as the first time going to an expo can be intimidating.

The idea behind Park Runs is to promote running as an accessible activity for the whole community. Run clubs can promote their membership by attending the events. Businesses can encourage their employees to turn up and run together. Families and groups of friends can get together to make a fun morning event out of running a 5k.

This concept has become so popular, that there are now more than 20 countries hosting organized Park Runs, and that number will only continue to grow! 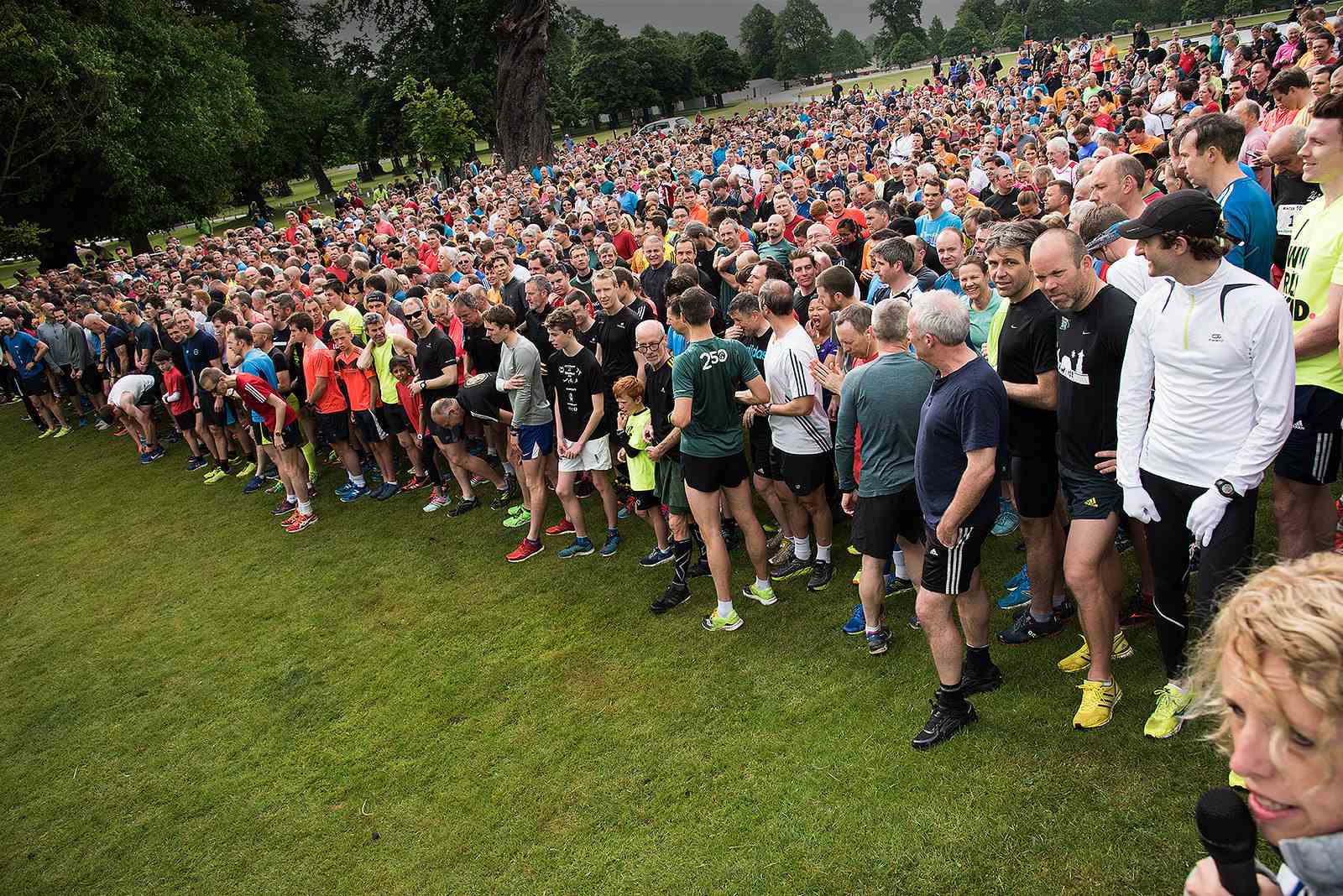 Thanksgiving is a very American holiday, and every major city in the United States has a Turkey Trot over the holiday weekend.

When Americans pause for a four-day break to remember their history and give thanks for what they have, many communities will put on a Thanksgiving-themed race that will usually be called a ‘Turkey Trot’. Distances vary, but almost all of them have a 5k option. Some races will offer 10k or 21k options depending on the area.

The Thanksgiving theme is a lot of fun. You will see runners wearing all sorts of costumes. There will definitely be several people dressed as turkeys. Turkey hats are always popular. You will see people with fully sized turkeys on their heads, with the designs ranging from before and after the turkey has visited the oven. There will probably also be several runners with creative and colorful displays of turkey feathers around their waists.

The point of all these hilarious costumes is that the Turkey Trot is not meant to be taken very seriously. It is a time to take a break and enjoy the spirit of the holiday, spend time with family, and go out for a run just as the weather is starting to turn cold.

Ekiden relays are long-distance relay races that originated in Japan. The word ‘Ekiden’ is a combination of the Japanese characters for ‘transmit’ and ‘station’. The original relay concept came from the communication system used in Japan where messages and packages were sent through a network of stations to get to their destinations.

While relay races exist all over the world, the Ekiden races in Japan are unique and very popular in the country. Distances vary, and the number of team members in each group can also change from race to race. Some of the races cover the marathon distance of 42.2km, while others can go as high as 100km.

The Hakone Ekiden is one of the most popular Ekiden races in the country. It takes place in early January and is broken up into stages that are spread out over two days. The total distance of the race is over 200 kilometers. There are ten stages in total, and each team must have ten runners. They hand over a sash to the next runner at a predetermined station. This is a collegiate event, where the participating teams qualify for the event based on their performance over the year. It is a ‘round trip’ Ekiden, which means that the first five legs on the first day start in Tokyo and go to Hakone. Legs six through ten on the second day head back to Tokyo through a similar route.

Ekidens are not just run at the college level. Different school teams run, as well as amateur or corporate teams. Many different events are held throughout the year for different participant groups, making it a uniquely Japanese phenomenon. 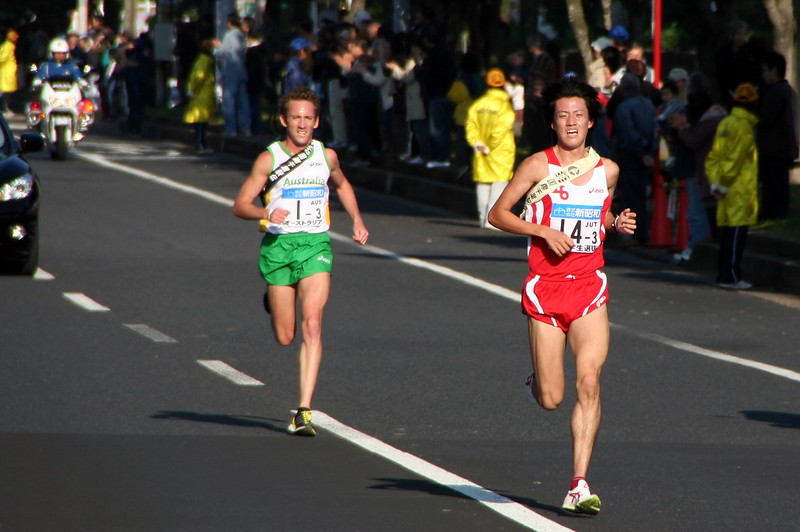 Shamrock Runs exist in most major cities in the US. A Shamrock Run is any run that is around the time of St. Patrick’s Day on March 17th and is dedicated to celebrating the Irish culture. This is a local phenomenon in the US as opposed to Ireland because it is the Irish diaspora that likes to revel in their connections to their ancestral lands. Also, since the Irish have a reputation for having a good time, Shamrock runs tend to be fun events with lots of music and green beer.

Costumes will certainly be seen. The race T-shirt will be green, and many people will wear it during the event. Runners will dress as leprechauns or have some wildly styled hair and makeup highlighting the green hues that the country is known for. The costumes will also put a lot of emphasis on rainbows, pots of gold, and beer.

Some say that the overuse of costumes and alcohol on St. Patrick’s Day can be a bit too much. Instead of celebrating Irish culture and the Irish peoples’ contributions to the world, the races have taken things too far by encouraging clownish costumes and only focusing on the Irish stereotype of beer drinking. These arguments are valid and any race that aligns itself to a culture or ethnicity needs to keep these sensitivities in mind.

Distances of Shamrock Runs will vary. Most of the races are 5Ks. The Shamrock Shuffle in Chicago is an 8k race, but due to Chicago’s frigid weather, it is usually not held until early April.

Any country that has cold winters will undoubtedly have a race for the heartiest runners during that time. Canadians, however, put a lot of pride in their ability to brave the cold as their climate is one of the most frigid in the world, and the coldness is consistent across the entire country.

For that reason, winter races in Canada are more than just a shocking or crazy idea – they are core to the running community in most of the major cities across the country.

Running in the cold can feel great. You need to have the right gear for it, but as long as you do, the cold air hitting your lungs often feels much better than running in hot and humid conditions in warmer places.

Marketing for these races is often focused on the cold. To name a few, there is the Hypothermic Half Marathon (in multiple cities), the Frostbite River Run (Winnipeg), the Freeze Your Gizzard race (Montague), and many more. During and after these runs, the competitors are often treated to treats like hot chocolate or other warm beverages. Canadians don’t let the cold weather stop them from enjoying themselves, so running in freezing temperatures is not so much a phenomenon than a way of life!